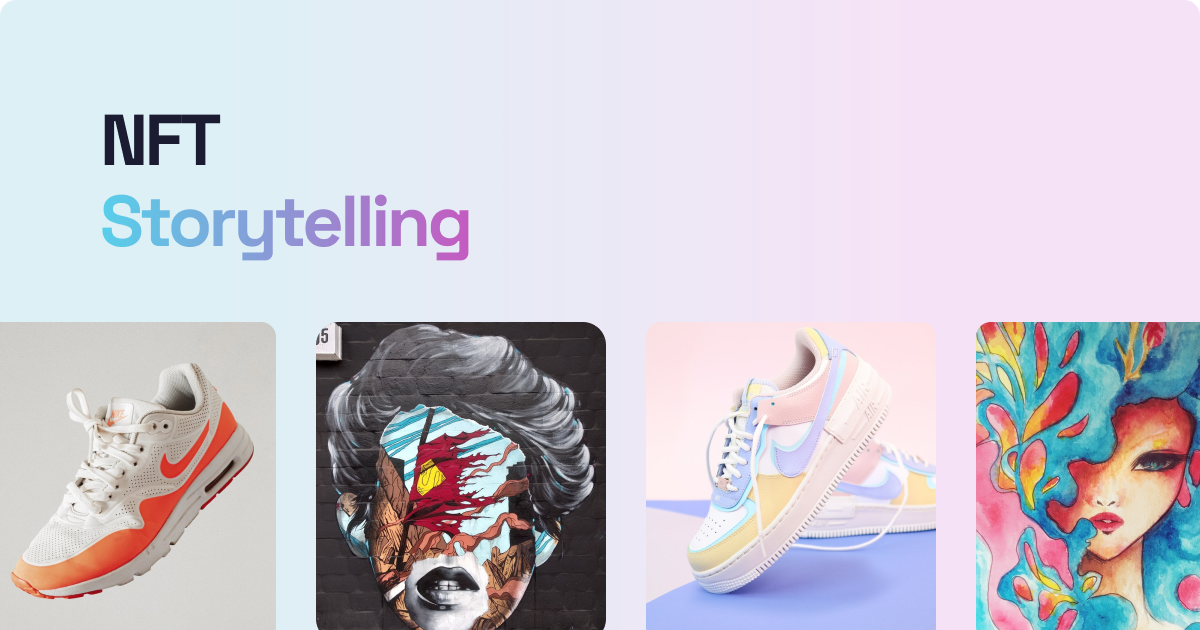 The community of NFT collectors gives creators the opportunity to begin cultivating a devoted following even before their stories are finished. Artists don't have to give up their IP or creative freedom because individuals (rather than studios) are funding the project.

Storytelling is the foundation of our culture. Our stories reveal who we are and what we aspire to, and they help us make sense of our past while expressing our ideals. However, there is an issue. Publishers and media executives have largely controlled the power of storytelling in recent decades. Gatekeepers have controlled the stories that are told for years. They made decisions about what kind of content is produced, as well as how and when users can access it. This is starting to change with the uprise of Web3 technology.

Non-fungible tokens (NFTs) allow artists to approach people directly rather than relying on studios or other intermediaries. The community of NFT collectors gives creators the opportunity to begin cultivating a devoted following even before their stories are finished. Artists don't have to give up their IP or creative freedom because individuals (rather than studios) are funding the project.

Virtually every part of storytelling is changing as a result of this community-centered strategy. A desire to connect with people in fresh and meaningful ways is the ideal justification for using Web3 to construct a compelling story. Here are a few examples of how NFT projects enabled great context and storytelling in different shapes or forms.

Runner is set in a futuristic new world where speed is the currency of power. It was created by director Cedric Nicolas-Troyan, screenwriter Blaise Hemingway, producers Bryan Unkeless and Bryce Anderson, and Metaversal. The story is set on the planet Omega, where world leaders engage in an annual race for power.

The project's goals go far beyond simply investigating new types of power. The team's main goal is to support a decentralized surge of world-building that will shatter traditional media's barriers. People can buy the Runner comic from the official website to learn more about how the team is doing this. Then, later in 2022, comic book owners will get permission list access to an NFT PFP (picture for proof of profile) drop. Then holders will have a vote on the creative direction and IP rights to the characters tied to their NFTs. This mechanic is ultimately the key to this new kind of narrative.

In this regard, Hemingway observes that the group is utilizing comics as a method of world-building. "Fan-centric media, like comics, have demonstrated the need of creating a community in addition to the art.

Jenkins was sold before he was given a name. Before that, he was an ape with an overbite, jug ears, a cap, a waistcoat, and a number: 1,798. He was on an auction site. He belonged to the Bored Ape Yacht Club, a group of 10,000 cartoon-ape brothers.

Eventually, Jenkins the Valet was given a name and a narrative as ape number 1,798. He was pulled out of the auction-house line-up one day by a Toronto man with a background in creative writing for around half an Ethereum coin, which was valued at around $1,400 at the time.

In other words, the man purchased the sole cryptographic digital asset - an NFT - which transferred ownership beyond the man (or anyone else), simply by right-clicking and saving a copy on their hard drive.

Jenkins the Valet made more than a million dollars by the end of August. This included having a say in what information and storylines Neil Strauss would include in his tell-all memoir. Naturally, access required possessing an NFT "key" that Jenkins was marketing for sale. The NFT character now owned his own NFTs. Jenkins the Valet's imaginative realm can be effectively expanded through licensing, increasing his visibility and increasing the NFT's value.

A shared-story universe centered on the interaction between humanity's future and a simulated future.

Untitled Frontier produced the work and specifically designed NFTs for every narrative with multiple formats. The most recent narrative is Logged Universe #S01E3 by Vanessa Rosa, "The Little Martians & The Human Memorial Monument," which was released on 4 April 2022.

We live in a time nowhere, sharing fresh and original stories have incredible appeal. The global reach of the internet has risen, and new financial infrastructure like tokenization, crowdfunding, subscription services, NFTs, and DAOs allow us to envisage and dream about uncharted territories.

A co-created fictional universe depicting future mankind grappling with the repercussions of simulations. It offers collectible NFTs as digital products and memorabilia and starts off with fantastic stories. These short stories will be published under permissive licensing (CC-BY-SA 4.0), enabling as many people as possible to read them.

Untitled Frontier can assist authors with:

New NFTs are coded to their contributions. In exchange, Untitled Frontier will split the proceeds from NFT sales 50/50 with the authors of each story.

Trackable NFTs are being used in a number of Web3 projects now in development to allow authors and fans to participate in various types of storytelling. For instance, the multibillion-dollar comic book industry is delving into the prospect of telling stories with NFTs. The "Bat Cowl Collection" NFT project is a project by Palm NFT Studio and DC Comics from Warner Bros. It recently went live. 200,000 unique 3D-rendered Batman cowl NFTs let fans influence the plots of upcoming comic book storylines.

Warner Bros had been considering fresh approaches to bringing Batman to fans, which ultimately led to the exploration of Web3, according to Josh Hackbarth, head of NFT commercial development.

This opens up opportunities for fans to take on leading roles, which adds excitement to the project by presenting a chance for co-creation and shared experiences. Fans' bat cowls will soon be featured in upcoming DC Comics works. The promise of Web3 and generative art is that it will enable fans to create their own superheroes and narratives.

These are just some of the many intriguing projects that intertwine the innovative components of NFT with engaging techniques in storytelling and narrative building. This concept is on the cusp of all things new and Web3-related, so the phase seems rather experimental. However, the potential for such ideas to thrust us further into the complex and promising future of tech can be seen and felt via these projects.

While still in its early days, the NFT craze might be just the right choice your brand makes right now. Relite aims to empower businesses via NFTs, a $300B market, by opening the funnel for NFT mainstream adoption. We help retail brands like yours implement a custom-tailored NFT strategy that will keep you on the edge of competition. 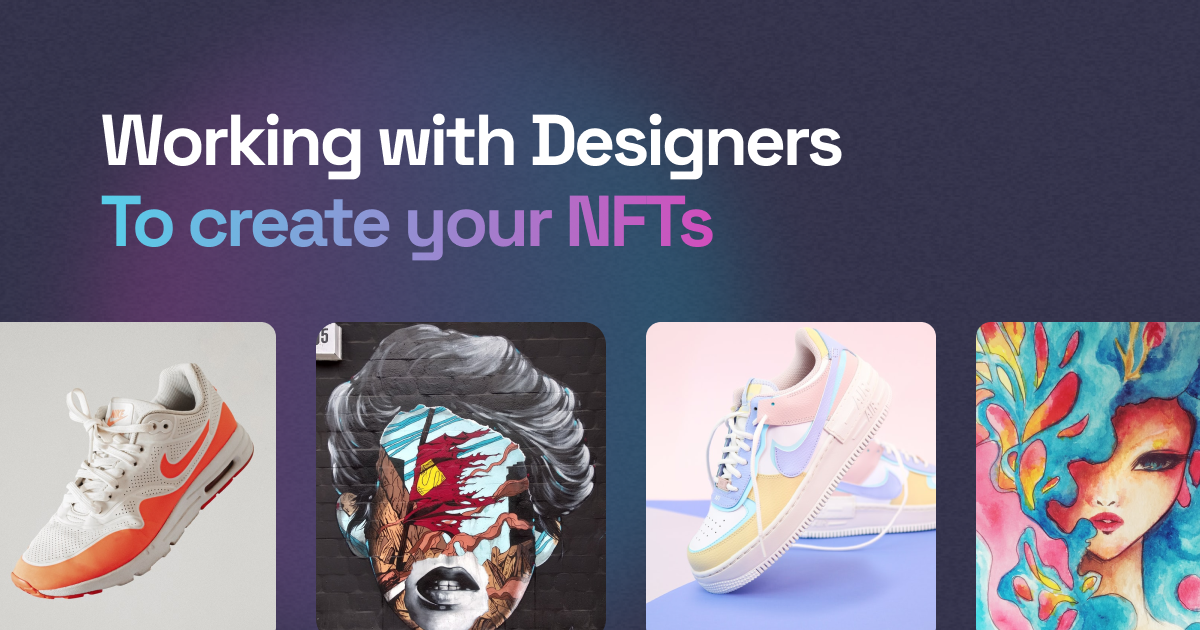 How to cooperate with designers to create NFTs for your brand

NFTs are offering creators the ability to establish a platform around the projects important to them and to share their creativity with new people. NFTs are transforming how businesses do marketing, create communities, and how the public perceives artists. 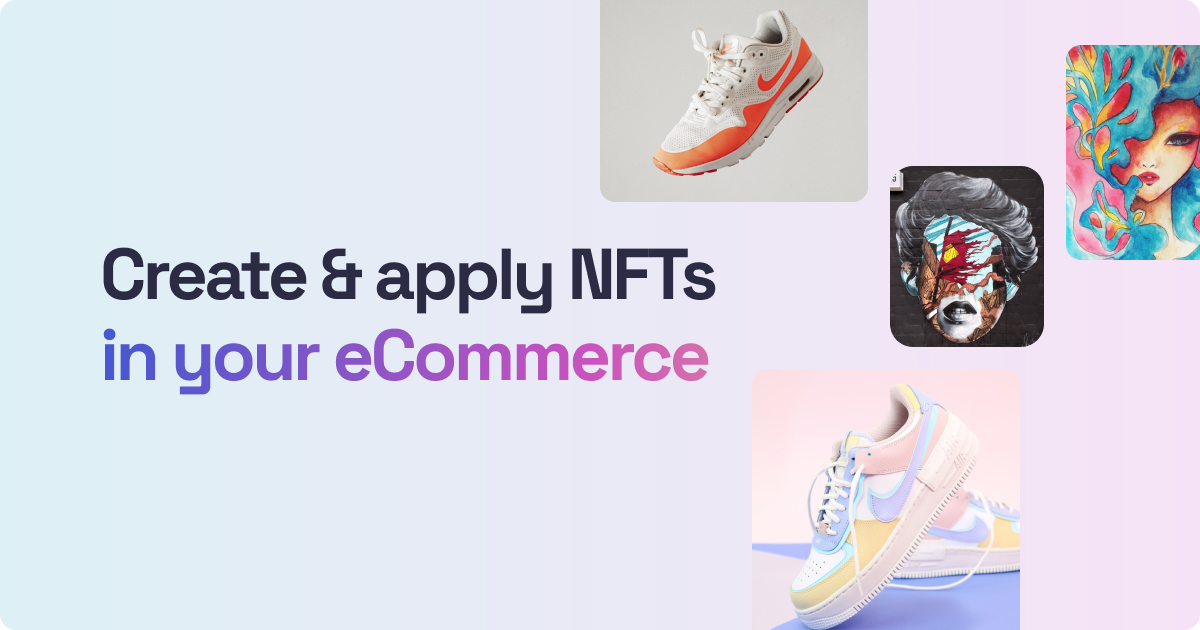 How to create & apply NFTs for your fashion eCommerce shop

NFTs have enabled new client interactions, incentivization, loyalty, and community engagement across every industry through efforts like NFT art and games. The fashion sector, however, is arguably one where NFTs hold some of the greatest potential. 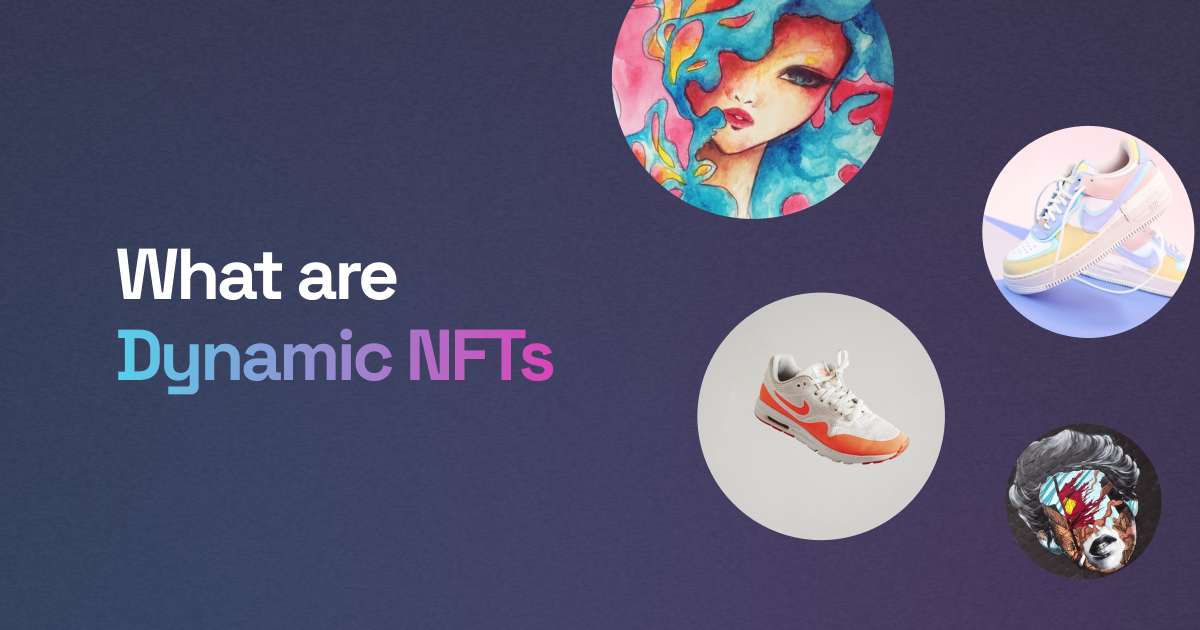 Dynamic NFTs: Everything you need to know

NFTs seem to be constantly evolving, ushering the next phase of development: Dynamic NFTs. The capacity of dynamic NFTs to update their metadata can spice up the creator game.